This being the first post to this blog, I (we) find myself recently back from a quick trip to the state of Sonora, Mexico. Â Focus of the trip was to take Athena’s aunt Nora and filmmaker Dax Thomas to Ciudad Obregon to do a segment for their upcoming film on the Always Becoming project that we worked on together at the National Museum of the American Indian in Washington D.C. during the summer of 2007.Â 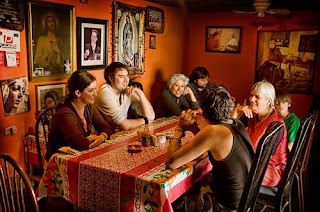 Nora and company with Athena and two of our boys.
Why film in Obregon? Â Because our co-workers on the Always Becoming project, Don Juan Morales, his daughter Juanita and husband Emiliano Lopez are from there and the idea of the film was to document them in the place that they liveÂ and the typical migration pattern they follow when crossing the border into the States. Â Obregon is also where we, some years back, worked on the Save the Children office building and the Casas que Cantan women’s housing project.
Â 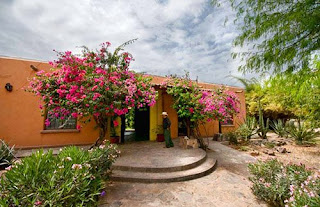 Save the Children Office Building
On our way to Obregon we stopped for a night in the classic old Playa de Cortes hotel in the coastal town of Â Guaymas, Sonora. Â 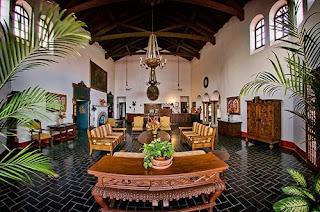 Playa de Cortes Hotel Lobby
Our return through the Rio Sonora river valley and a night at the La Posada de Rio Sonora in the town of Banamichi. 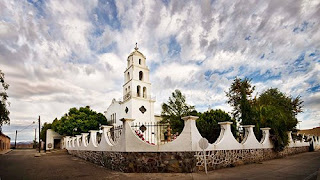