In case you havenâ€™t noticed, and itâ€™s kind of hard to miss, the state of Arizonaâ€™s recent immigration legislation SB1070 has caused somewhat of an uproar both here in the States and abroad. Reactions to the bill have not been what you would call subtle, whether pro or against. We seem to have a tradition here in Arizona for doing things that are not exactly insightful. Last thing we managed along these lines was refusing to honor the Martin Luther King holiday that even Ronald Reagan signed into law

The city of Tucson took a step to distance itself from the city of Phoenix, the driving force behind the Arizona legislation. It voted 5-1 to sue the state to overturn SB 1070. The Phoenix Suns basketball team changed their jerseys for their Cinco de Mayo game with the San Antonio Spurs to read Los Suns in protest.

I donâ€™t think you need me to be reporting on this topic, but I recently contributed a series of photos to Eugene Rodriguez of Los Cenzontles, for use in conjunction with a song/ballad he had written about this recent legislation called Estado de Verguenza (State of Shame]. In Mexico, this type of ballad would be more appropriately be referred to as a corrido. Los Cenzontles is a grassroots artist-driven organization committed to amplifying the roots of Mexican culture through classes, events, media and performances. 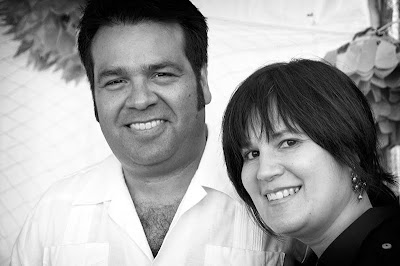 This audio slideshow can be seen on youtube at – //www.youtube.com/watch?v=UnvM5tK2_cw 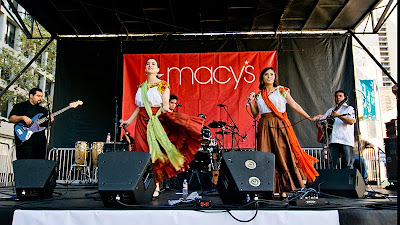 Ry Cooder has agreed to produce a new version of the song performed by Los Cenzontles with Lucina Rodriguez and Fabiola Trujillo doing the vocals. Theyâ€™re fabulous singers and will add a great touch to the song. Since its release a couple of days ago, the corrido has taken off and been picked up by newspapers and television stations such as Telemundo and Univision. Some of those links include:

Check out their website, www.loscenzontles.com, particularly the link to their touring band, //www.themockingbirds.info/, that contains an assortment of videos and music along with information on their latest recording American Horizon, that tells a musical story of immigration, work and the American Dream. On this recording, Los Cenzontles team up with David Hidalgo of Los Lobos and Taj Mahal. They also recently collaborated with The Chieftans and Ry Cooder on an album called San Patricio, in honor of several hundred immigrants and expatriates, mostly Irish, who defected from the U.S. Army and fought as part of the Mexican Army against the U.S. in the Mexican-American War of 1846-48.

Apart from this song, Arizonaâ€™s SB1070 has generated an incredible amount of dialogue. From my perspective I think the issue is much more complicated and has implications that extend well beyond the Arizona border. The best thing Iâ€™ve seen written about it was a piece by op-ed columnist Frank Rich in the New York Times.

Another article that is indirectly tied to this recent legislation concerns the recent killing of a rancher along the border in southeastern Arizona. The killing played a major role in propelling the immigration-enforcement legislation into law.