Weâ€™ve been in Denmark for about a week now, in the small village called Feldballe, near the town of Arhus.Â  Took that week to rest up from Estonia and to get a sense of what weâ€™re doing in the workshop here.Â  Weâ€™re several days into the Denmark workshop, so far so good.Â  Itâ€™s a little on the cool side with temps in the mid to high 50s (F) with periodic rain.Â  Once in a while it warms up. Breakfast is always dark rye bread, cheese, cucumber, tomato, liverwurst, sausage, maybe eggs as well as optional porridge.Â  Weâ€™ll write up Denmark later, but for now weâ€™ll share a few parting images from Estonia. 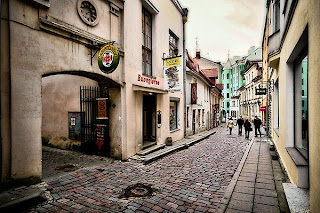 Street in the Old City of Tallinn. 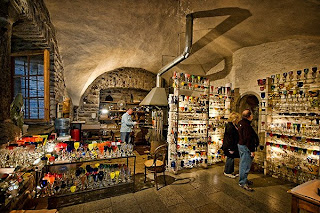 First of all I have to clear up a couple of errors on my part.Â  Iâ€™ve been reminded several times that the English do not consider themselves a part of Europe.Â  They see themselves as independent from the rest.Â  The French guys tell me that they are part of Europe, butâ€¦â€¦.. With a grin, they said no more. Â And when it came to my grouping the Finns, Estonia and Bulgaria together, it should have been Hungary, not Bulgaria.Â  That should correct any geographical errors for the moment. 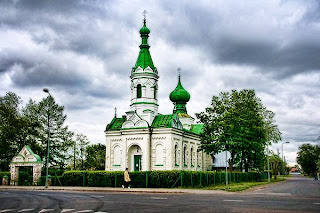 One of the really special things that we did during the week of the Estonia workshop was to take a field trip of sorts to the village of Toomarahva on the coast of the Baltic Sea.Â  One of the women in the weekend seminar, Evilyn Tamm, had told us about her mother that ran a small inn and restaurant on what had once been the family dairy farm.Â  And of course, the logical thing to do was to take our workshop group there for what you might have called a deluxe traditional Estonian meal. Â The food was fabulous, Iâ€™m not sure what it was, clearly most of it different types of fish, the potatoes were obvious. There is no clear website for the place, a Google search yields a number of sites with photos, but the email is altja@hot.ee should you ever happen to be in Estonia. Â The buildings are traditional Estonian, mostly logs with thatch roofs, some shingles, located a few hundred yards from the sea.Â  It would be a marvelous place to disappear from the world for a while, but without sacrificing high speed internet. Â And of course there is a sauna. 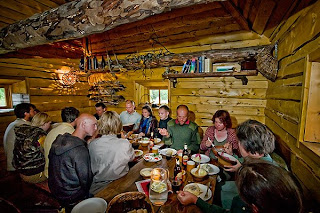 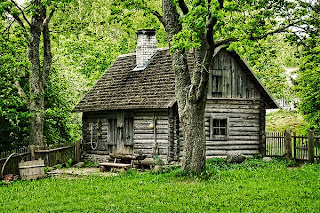 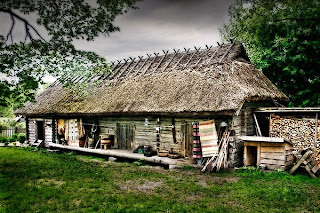 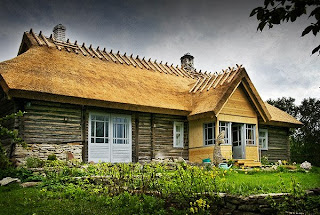 Newly thatched roof on the Tamm home in Toomarahva.

On the way there we stopped at a pair of old German manors that were being restored and were representative of manors when they were in their full glory.Â 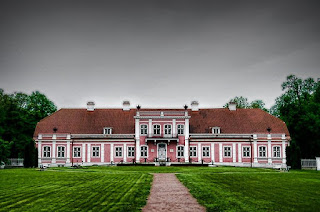 Our last stop on the way to the ferry that would take us to Denmark was The Open Air Museum in Tallin which represents Estonian peasant life as it existed from the 18th century to about the 1930s.Â Â Â  exhibit of some 70 buildings spread out over 80 hectares.Â  The buildings were disassembled from their original sites and then reconstructed on the museum grounds. It was a truly fantastic place to see the vernacular building styles of much of the country all in one place. The museum is divided into four parts each with a regional character of Estonia.Â  Itâ€™s conceived as a village of 12 farms with a church, tavern and schoolhouse. Â There are mills, fishing net shed, fire house, dancing area and what you could call a park with an amazing swing that can hold 4 or more people.Â  Museums arenâ€™t something that I always enjoy, but this one was truly exceptional. 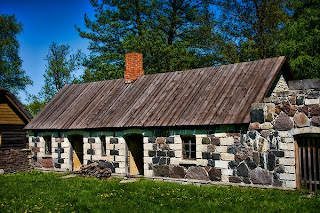 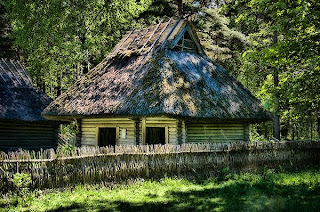 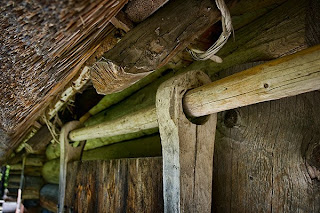 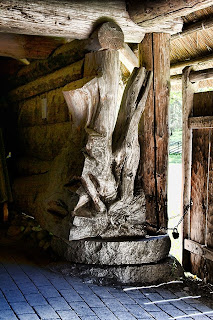 As I said before, more on Denmark later, but one thing I find interesting is that itâ€™s very interesting to watch people standing out in the rain without umbrella or rain jacket having a conversation as if it were sunny.