From Slovakia to France

Other than two brief opportunities to check email we have not had internet access since leaving Slovakia which made updating this blog quite impossible. I will fill it all in when we return home, perhaps another post before we leave France at the end of this week. For now, this is just a note to say where we are and what we’ve been doing and why they haven’t seen a new post.

We finished the Slovakia workshop and went by train from Vienna, Austria to Venice, Italy. We spent the day there amidst arm to arm tourists, but had a lovely day with our Italy host Stefano and our hosts for France, Andre and Coralie de Bouter. 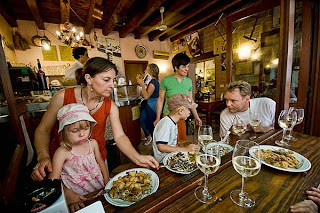 Coralie, Andre de Bouter with their two children in Venice 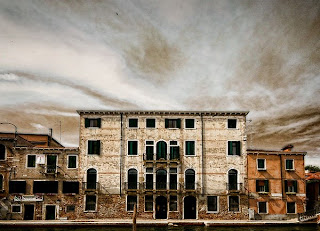 Something other from Venice than a canal with gondolas.
From there Andre, Coralie and their two young children Antonin and Rumi, drove us in a VW Eurovan across northern Italy, through the Alps and finally to their home in Champmillon, France. It was nothing less than the drive of a lifetime. In short, Italy was mostly about food. In fact much of the trip since leaving Slovakia has been about food. One other quick note is that it was truly beautiful to see all kinds of people riding bicycles in Italy, not the multi-thousand dollar types in combo with spandex suits, but just the plain old ordinary bike with regular clothes. 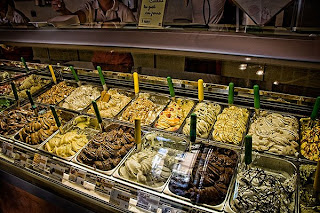 Italian Gelato – only half the selections. 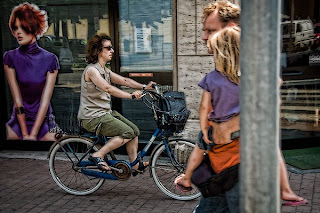 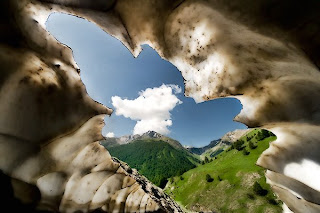 Alps from inside an ice cave.
For me in particular it was moving in that I most likely narrowed down the origin of my great grandfather who had left France and gone to Mexico with the French army and Emperor Maximillian in the mid 1800s. Many people from the small mountain town of Barcelonette, France left for Mexico during those years. One finds enchiladas on the menus in restaurants, they have a Mexican music festival every year and there is even a museum of Barcelonette’s connection with Mexico. 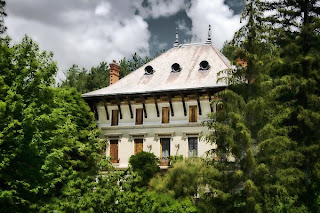 Mexican style home, “Villa Puebla,” in Barcelonette, France.
We arrived France and had a few days to get ready for our workshop there which we have now finished. What I enjoyed most about the time before the workshop was the beautiful diffused light that made it quite easy to understand the paintings of the French impressionists. 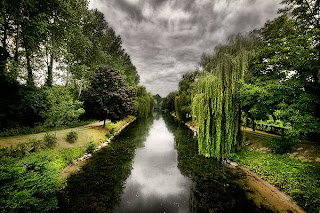 La Charente River near our workshop site in Champmillon, France.
There is a lot to write about both the Slovakia and French workshops and like I said we will write about them later. For now, we will spend a few more days of leisure her in France before taking the train to London and flying home. It’s been an unforgettable adventure both in terms of building as well as culture and people. And that’s all for now as Coralie’s parents are calling for breakfast.