I have been fortunate, a large part of my life over the past 25 years has taken place along a straight line that runs from Ciudad Obregon, Sonora, Mexico in the south to the Hopi lands in the north of Arizona. Most of it has been at our home that is located in southeastern Arizona in a tiny town named Canelo, situated at the base of the Huachuca mountains. If lucky, you might find it on a map; otherwise you might pass right through unless you happened to catch the small sign that bears its name and elevation. A coffee-table book kind of place it is not. It is part of a swatch of oak woodland that is tucked into the Coronado national forest, unknown or forgotten to most. It never had enough water, arable land, timber, mineral resources or magnificent vistas to make it highly desirable for development or travel. Writer Charles Bowden once described it as sort of a â€œBermuda Triangleâ€ a place where grand plans and visions vanish without a trace. Simply put, itâ€™s too nondescript for those seeking excitement and opportunity, except perhaps for birders who relish the abundant species of birds that can be found in the region. Add to that its proximity to the border with Mexico where illegal crossers, drug smugglers, numerous Border Patrol vehicles and border violence are all too vivid reminders of our neighbor to the south. Itâ€™s beauty can be elusive, only to be found in that which is ordinary and simple.

Our straight line, with its oaks and grasses continues south, uninterrupted by the Mexican border, as if it didnâ€™t exist, eventually giving way to the Rio Sonora Valley that we have photographed and written about this past winter. It too is a place not encumbered by fame or outstanding characteristics, kind of like us. However, there is enough farmable land to sustain a number of small towns along it and enough mineral resources to have attracted numerous European settlers over past centuries. But like our home, its value and beauty can only be found in the simple and ordinary. And thatâ€™s what I want to share with you in this post.

When editing images from our last trip to the region I had several that didnâ€™t fit the larger overview I had written. And since we might not have anything to write about the area for a while, I thought I would go ahead and post them, mostly because I like them. The subject – a tiny insignificant place in the global scheme of things called Ranchito La Martina. I wrote about it briefly in my last post along with Don Ramon Ochoa, his sons and grand-daughters. These images give a slightly deeper glance into this little place, typical of many small Mexican ranchitos, it lies just on the outskirts of the town of Banamichi.

Tucked discretely into a thicket of mesquite trees I came across La Martina while riding a bike along the back roads of the river. Looking through the gate I could see four men who appeared to be engaged in quiet conversation; it held too much intrigue for me to pass up. Their gathering appeared private and not particularly hospitable; to enter implied what might have been an intrusive move on my part. However, over the years, Iâ€™ve learned that the initial distance felt in those kinds of encounters is for the most part due to shyness and a certain amount of insecurity. After a brief internal debate about whether or not to enter, I walked into their midst. Approximately five minutes of somewhat awkward conversation transitioned into laughter and a friendship that extended into their larger family over the next few days. These images tell a small part of that story. 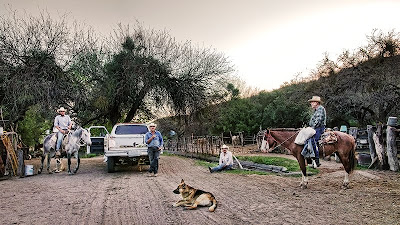 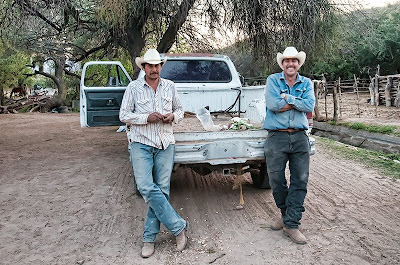 Older brothers, Alfredo and Ramon Ochoa. Working many years in Colorado, where he found little else but constant work and television, Ramon returned back home to Banamichi, where he earned much less money, but at least had a life and family. 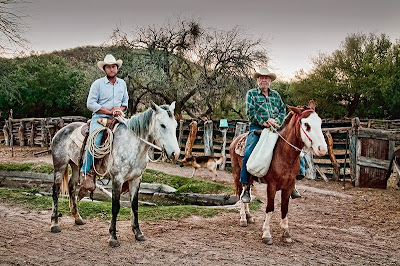 Younger brother Conrado with father Don Ramon Ochoa, with bags of onion tops, tallos, draped over his saddle, for sale in town. 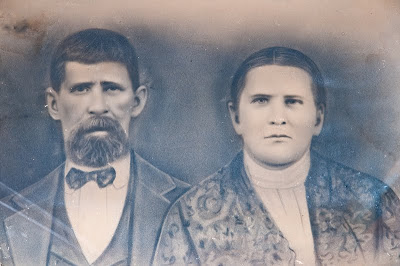 The original Ochoa ancestors who settled in the Rio Sonora Valley, the father Ochoa, the mother with the surname Bonn, more than likely was from France. 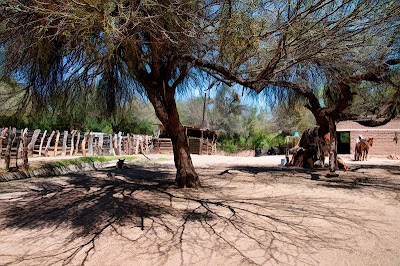 Large mesquite tree in the center of La Martina. 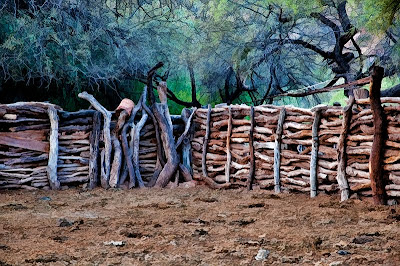 Corrals made from mesquite tree branches. 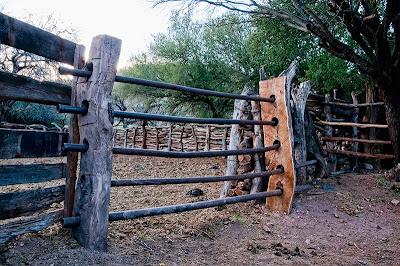 Corral gate with slab of wood from the palo chino (havardia mexicana). 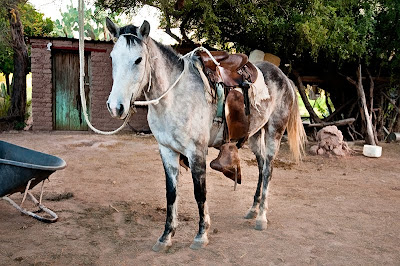 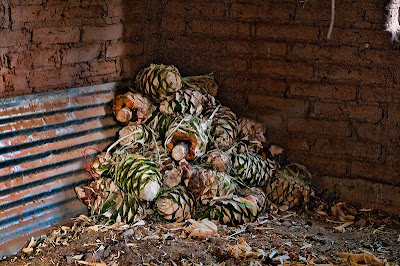 The hearts of agave pacifica being accumulate for the distillation of Sonoran mescal bacanora. There is no exact term that describes the men of the region, they are not cowboys in the strict sense of the word. The Ochoa family men distill fine mescal; have cattle and are cowboys in the finest sense of the word; keep milking cows; make cheese; grow vegetables and forage for their animals. 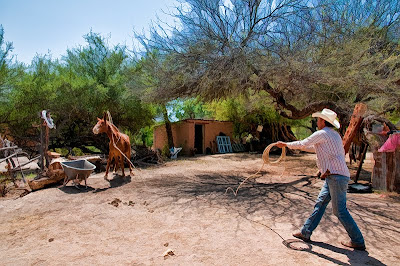 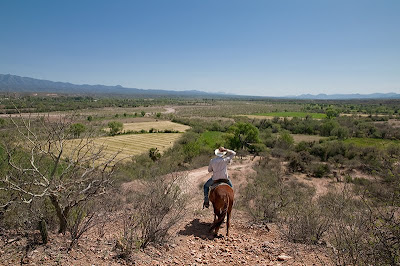 AlfredoOchoa guiding us to an old Opata indian site on the hills overlooking the valley at Banamichi. 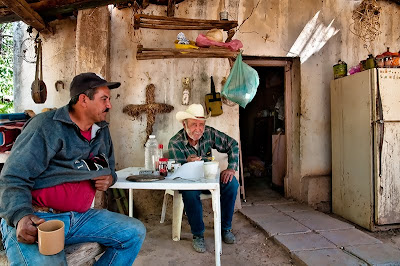 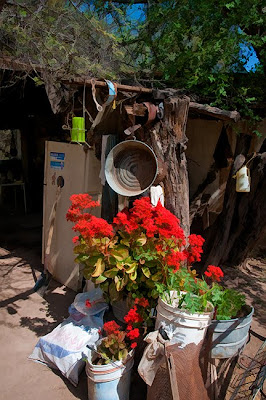 Flowers can be found at almost every home, ranch, the containers or pots used are of endless variety. 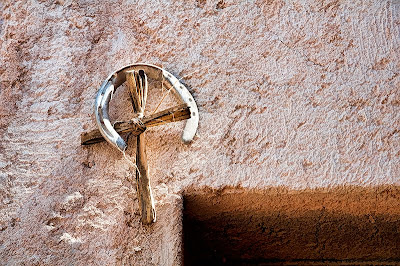