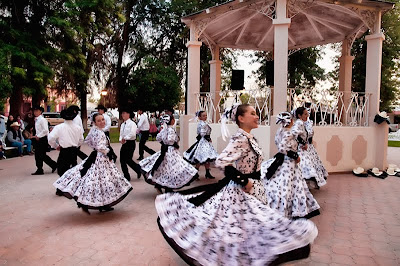 Back in March I posted some photos of a folkloric dance performance on the plaza in the town of Banamichi on the Rio Sonora. We finally got around to editing some video footage that Athena took while we were there. Took us this much longer than we hoped to edit and post it, not sure what that says about us, but nonetheless, here it is. The performance was memorable, everything about it was right – the setting, the weather was ideal, the afternoon light on the plaza warm and beautiful and the performance was totally enchanting. The performers were young kids from both the middle and high schools of the Rio Sonora Valley. They have placed as high as second in the overall dance competition for the entire country of Mexico. Much of the exceptional quality of their performances has to do with their instructor Nico Lizarraga, who works tirelessly, traveling the country on a yearly basis to look for new material. One of the things that was very engaging about this particular performance was the dances we saw were mostly from the northern states of Mexico in contrast to the more typical folkloric dances from the southern part of Mexico. We enjoyed their performances thoroughly, perhaps you will too. 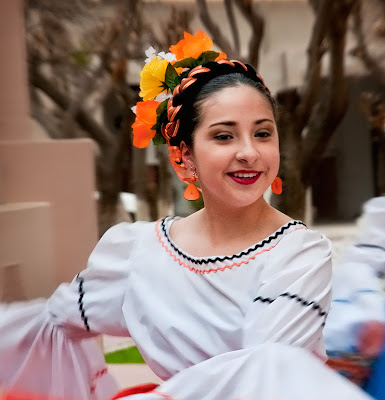 If you happen to be anywhere near southern Arizona the weekend of October 8-10, they will be performing at a marvelous festival known as Tucson Meet Yourself in none other than Tucson, Arizona. Their performances are not yet scheduled so I guess the best thing to do would be to check the festival’s website as those dates get nearer – //www.tucsonmeetyourself.org/about-2/ 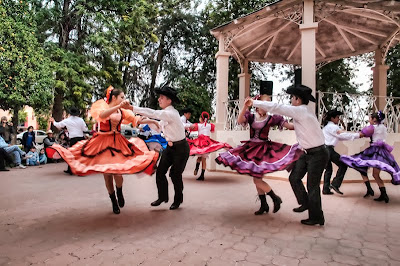 The first two videos feature the high school group we are calling the Cecytes Banamichi Folklorico Dance Group for lack of an official title or name or name of the group.
This third video features the Huepac Middle School.