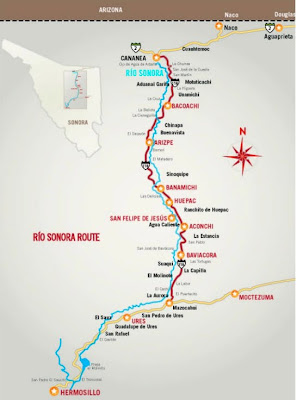 Recently we spent a week in a somewhat remote area in northern Mexico known as the Rio Sonora Valley. It has little to do with the Mexico most people imagine, there are no Margaritas, chips and salsa and the violence that has plagued many of the border cities seems far removed. Until the 1970s, when a paved road was constructed, the upper and middle Rio Sonora Valley remained mostly isolated with a subsistence economy. 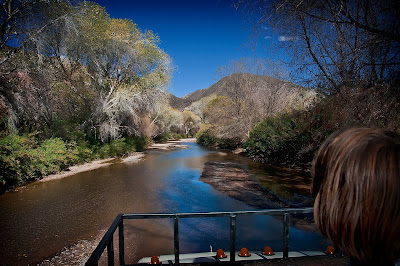 The old road used to follow the river or better said, in some parts it went through the river. On our last trip we followed about a 20 mile stretch of the old road taking turns sitting in the roof rack of our old suburban.
A way of life that had persisted there for hundreds of years remained largely unchanged. With the road came such things as television reception, electricity, comprehensive bus service and a changing economy that was increasingly wage driven. A tax levied on the flour mills along the river forced them to close. I found a comment by one of the local women, in a field report by anthropologist Jean Simonelli, that for me, vividly described the change in lifestyle that resulted.


â€œWhat good does it do us? (The high rainfall of that summer.) Once we grew wheat, and we took it to the mill at El Bagote, where they ground it for us. The flour was fresh and wholesome; it came from our fields; there was enough for everybody. Now, we have no mill. If we grow wheat, the CONASUPO buys it all. In return, they send us last yearâ€™s flour, full of bugs and costing sixty pesos a kilo. We can barely afford to buy it. I have six children to feed. Thereâ€™s no work for the men.â€ 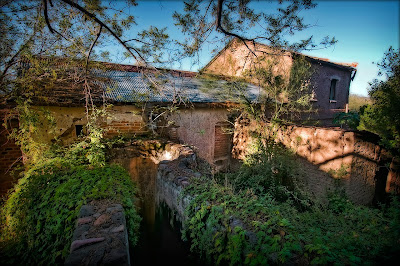 The old mill at Banamichi, Sonora.

Despite the changes brought by the road, there is something about the Rio Sonora Valley that is captivating. It is a place to which we frequently return. Some of that has to do with the fact that the blood of the people who inhabit that area flows in my veins. My grandfather, the son of a French adventurer/soldier who had come to Mexico, was born in one of the small towns along the River called Banamichi, which in the language of the Opata, the original inhabitants of the area, means â€œwhere the river turns.â€ The other reasons we return ranges from the beauty of the landscape and geography; the way of life that still has remnants of a subsistence economy not too far in the distant past; and like most captivating places â€“ the local foods and Sonoraâ€™s classic mescal Bacanora. Perhaps what attracts us the most is that life is still simpler there, less dependent on machines, animals are still used to work the land, it just feels good to be there.

Unique about the Rio Sonora is that it is difficult to find a river in the southwestern part of North America that hasnâ€™t gone dry due to the overdraft of groundwater, isnâ€™t deeply eroded and still has the capacity to sustain the lives of the people who live along it. For this part of the world, that is rare. 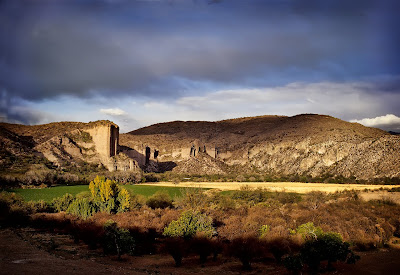 Fields and bajadas along the river.

A number of towns along the river have missions dating back to the 1600s. Unlike many parts of Mexico, the Catholic church is still central to the peopleâ€™s lives. The way of life might be described as a â€œcultura ganadera,â€ a culture that for the most part is centered on cattle. And yet, the line that typically divides cowboys and farmers is totally blurred, the people of the Rio Sonora donâ€™t distinguish between the two. They are one and the same. 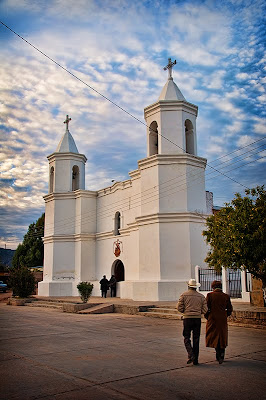 The mission at Aconchi, Sonora. The town was founded in the early 1600s and presumably the mission around the same time. 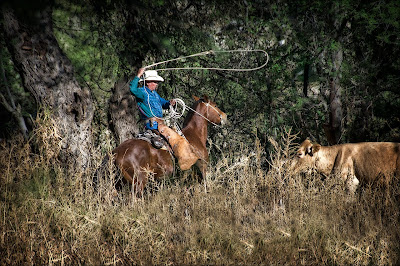 This year we were fortunate to receive a small grant that will allow us to photograph life along the River. It is modest, but enough to get us fully invested to the point we canâ€™t give it up. Our focus is to capture vestiges of the older disappearing lifestyle and at the same time, document the modern changes that are taking place. We began this past December and will continue throughout the different seasons of the year. Our base is the town of Banamichi, where we are being provided lodging by Bill Harmsen and his wife Irma, at their lovely hotel, La Posada del Rio Sonora – www.laposadadelriosonora.com. The eventual use of the photos has yet to be determined. All the usual options are possible, a book, websites and the like. It allows for a great amount of photographic freedom in a place overflowing with beautiful imagery. In the spirit of the words of the old classic black and white photographer Henri Cartier Bresson, itâ€™s an easy place to get â€œoneâ€™s head, eye and heart on the same axis.â€ 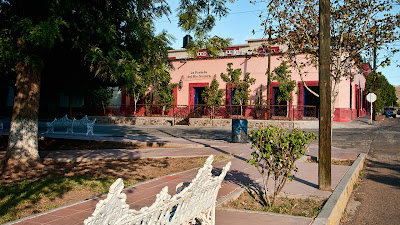 La Posada on the Banamichi plaza.

During the course of the year weâ€™ll make additional posts about our travels in the area. Most likely, they will mainly be comprised of photos, keeping writing to a minimum. I really donâ€™t enjoy being in the position of trying to write about an area where I really know little of the history, culture and geography. There are certainly people much more capable than I. However, what I will do is to give you our impressions of the places we visit, and the people we meet. That I can do. 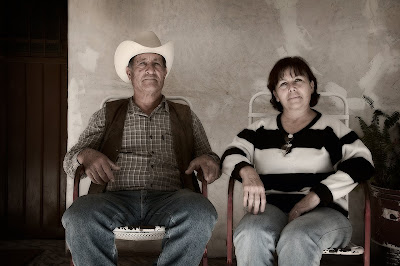 The Maldonados of La Estancia, Sonora.

Before posting any photos I should tell you a little about the landscape. Basically itâ€™s a transition zone between the Sierra Madre of Chihuahua and the coastal plain of the Sonoran Desert. The Sonora River Valley consists of narrow floodplains ranging from 1 km to about 4 km in width. It is flanked by mountains on both sides and bordered by what are called bajadas, alluvial deposits dissected by dry river beds known as arroyos, that overlook the floodplain and are typically where towns and settlements are located. These are also what many people in this part of the world refer to as mesas. The middle and upper Valley, which is the area of our concern, consists of Sonoran Desert vegetation at the lower elevations and oak grasslands, like the area where we live, in the upper regions. Winters are mild, frost is rare in the middle section of the Valley, two unpredictable rainy seasons are the norm â€“ the equipatas of the winter and the monsoon driven las aguas that begin the end of June and continue through the month of August.

The website for the valley gives a good overview of the towns and their facilities. //www.riosonora.com/index.html 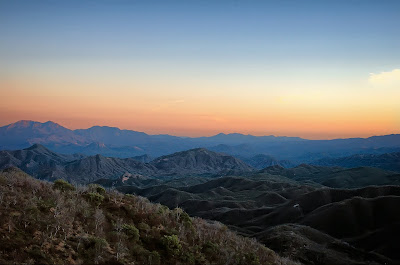 Overlooking the Valley from the mountains above Baviacora, Sonora.

Hopefully, through these posts, we will share a little of this special place and itâ€™s people that continues to capture our hearts and so joyfully enrich our lives. 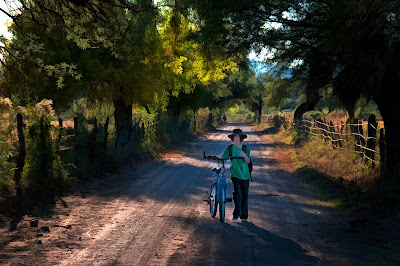 Our son Kalin with bike riding the the roads amongst the fields of Banamichi. 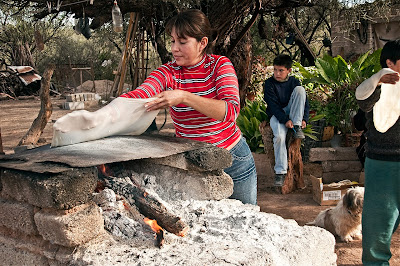 Beautiful paper thin “tortillas grandes,” being made in a backyard in Ojo de Agua, Sonora. 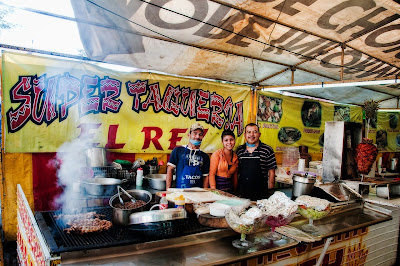 “Taqueria” at the recent town fiesta of Baviacora, Sonora.