Last year we did a post on Athena’s mother’s house in Santa Clara Pueblo just north of Santa Fe in New Mexico. Â It’s almost been about a year and a half since the house was completed and it looks absolutely beautiful inside and out. Â Her mother, Rina, has been devoting a lot of attention to the grounds around the house, quite simply, it’s a fabulous space to be in. Â I just photographed the house for New Mexico Magazine, the images will run along with a story written by writer Charles Poling that is beautifully done. Â Perhaps we’ll put it on our new website that is currently in the works. Â So I got to thinking, many of you won’t find the magazine on the Â newsstands where you live, aren’t going to order it by mail and I’m pretty sure it won’t go on the magazine’s online version. Â Therefore I decided just to post some of the images that will be in the article. Â It’s the August issue and it will be out on the stands in about a week so I think that is close enough to the release date to keep everyone happy.

The photo below is the exterior towards the front door. Â Photo taken just as we arrived, never saw another cloud for 3 days. Â Funny thing about this image, which will run as a two page spread is that the new editor of the magazine from New York could not believe that there were really clouds like this in the southwest. 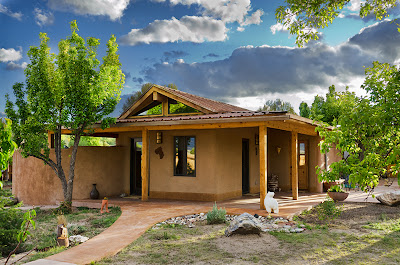 Cedar “coyote” fences on the north side of the building with native grasses and plants starting to take their places. 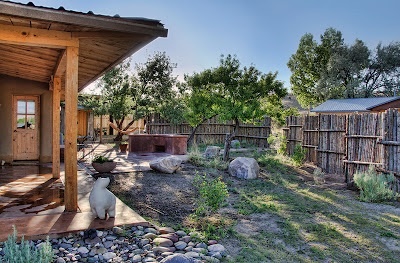 Southern exposure of the house with curved patio walls. 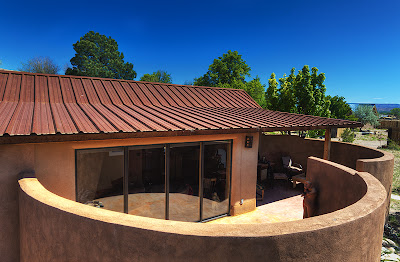 South facing windows for passive solar, the patio is basically kept empty with some of Roxanne’s sculptures. Â If I were to make a good guess at it, I would say that Rina loves the use of negative space in the right spaces, this would be one. 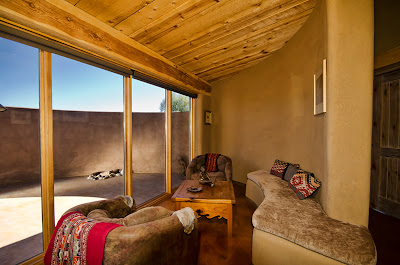 Looking out from the same location through the shade cloth. 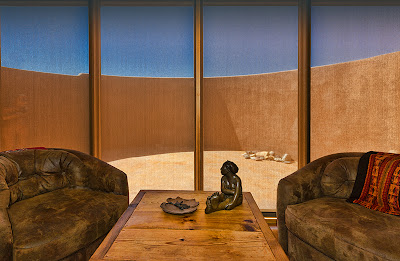 Kitchen space, cabinetry and countertop by our son Oso. 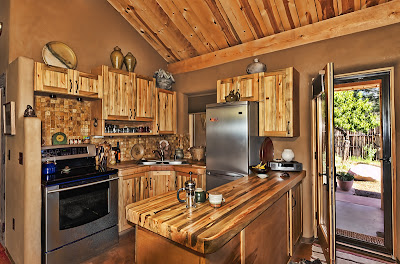 Look towards the front door and built-in dining area. 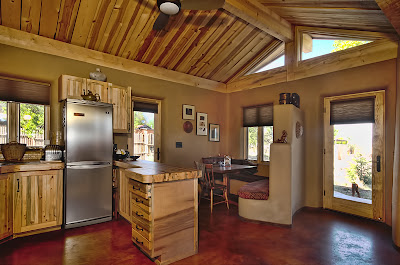 Athena, sister Roxanne and Rina plastering the adobe seat “banco,” although our son Benito did most of the plastering in the house. 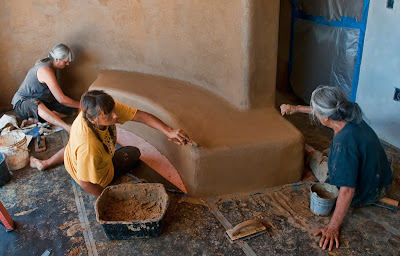