While I’m catching up on Germany and the Slovakia blogs, I thought I’d post these photos of ovens built during workshops in Ireland by our German friend, Frank Andresen. A clay builder for many years, I wrote a short piece about him in our accounts of Denmark, where he came to visit us. Anyhow, the ovens he is currently building are kind of fun. For an easy and quick oven base, he is using truck tires filled with whatever is available – I would guess that to be stone, dirt, rubble, what have you. As I remember he is cutting the tires so as just to leave the outer rings in order to make them easier to fill. The oven itself built using small clay, sand and fiber bricks with an outer layer of bricks made from clay and sawdust to provide some insulation. Firebrick is used for the hearth of the oven. In order to have dried bricks for the construction, Frank makes the bricks for the next workshop Frank makes bricks during each workshop when the oven is being built. I you are interested in contacting Frank you can reach him at proclay@hotmail.com

The photos are ones that he forwarded to me and I think are pretty self-explanatory. I can’t tell you a whole lot more about them in that I don’t know much more than what I have explained above. The shape of the oven is more or less what you find throughout the southwestern U.S. and Mexico and in those parts of the world they are called “hornos.” One difference is that the ovens Frank is building have no smoke holes, the reason being that there is not a great difference between the height of the door and the height of the interior of the oven. Therefore the smoke is able to escape freely from the door.
The first two images are ones that I took while in Denmark. It shows the type of form Frank uses, I believe this particular brick was made with expanded clay pellets and clay. 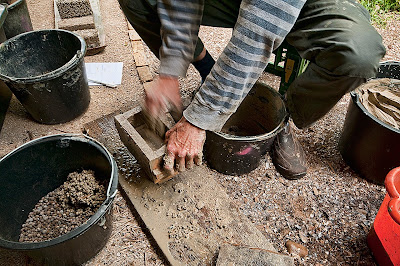 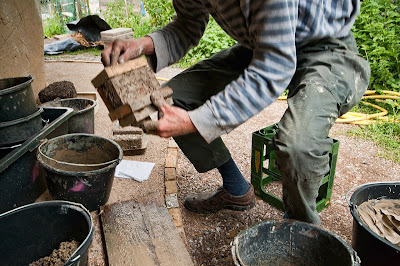 Frank removing the brick from the mold. 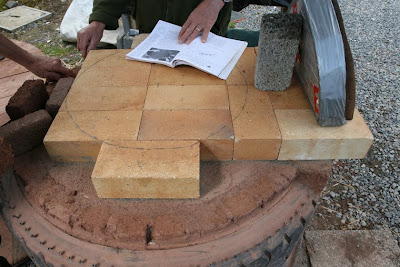 Firebrick and tire base for oven. 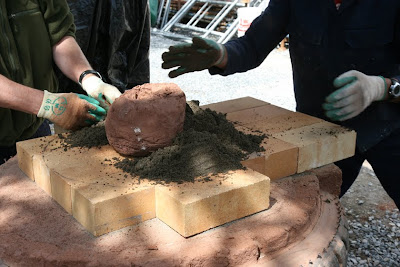 Beginning a sand mold for the oven shape. 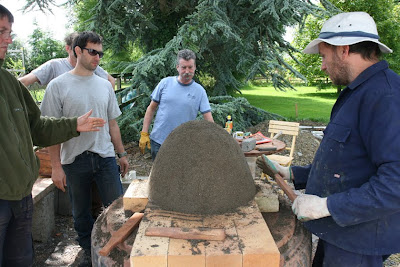 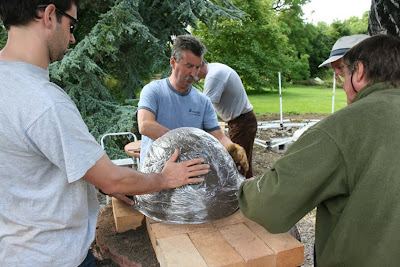 Shrink wrapping the sand so it will not stick to the oven walls when removed. 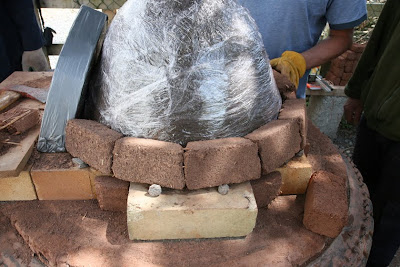 Shrink wrapping complete. Stones at the bottom of the clay bricks are to set the correct angle. 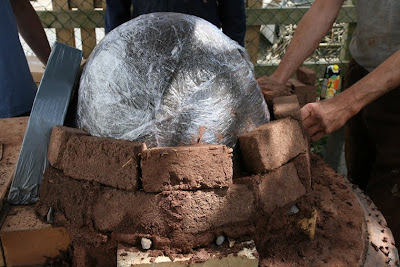 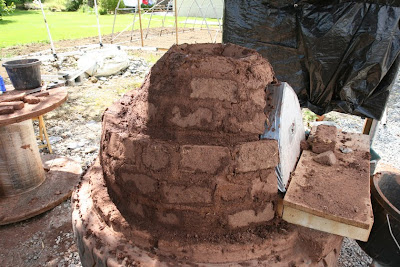 Outer ring of sawdust and clay bricks being laid. 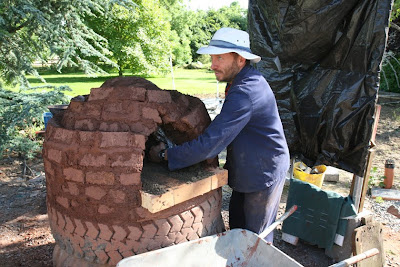 Removing the sand from the oven. I’m guessing the shape is stable at this point and taking the sand out will allow the oven to close in on itself. 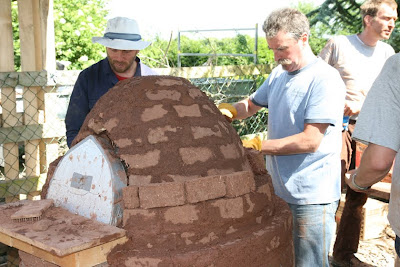 Last phase of the oven, closing in the top and that’s all the photos I have.