What have I been doing for the last month in that Iâ€™ve made no posts to this blog? Without going into detail, hereâ€™s a quick summary:

– S We spent a little over two weeks in northern New Mexico at Santa Clara Pueblo for the annual feast day and doing the finish plasters on Athenaâ€™s motherâ€™s tiny new adobe house.

– AliAlmost without a breath, packed our bags and took off to San Jose, CA for their annual Mariachi Festival. We spent a week there preparing for and teaching a short straw bale workshop. Also spent time listening to some very good music and having a lot of fun.

– A,Once again, with almost no time for a breath, we returned home for our next workshop, Artistry with Clay and Lime.

These are things Iâ€™d like to tell you about and will do in the near future. I havenâ€™t done so in that our 12 hour work days donâ€™t seem to be very conducive to sitting down at the end of the day with leisure to make posts nor editing finished photos. Iâ€™m not ready to resort to posting hastily taken cell phone photos. I should be able to catch up the above activities and finish up our trip to Europe in that we have nothing much scheduled after this upcoming workshop until early November when we spend a week in Phoenix, AZ at one of the art museums working on an installation called â€œNative Confluence.â€

Today, Iâ€™ll catch you up on San Jose because it is the most recent place we visited/worked. We had a similar venue at last yearâ€™s Mariachi Festival and I have to admit the place continues to grow on me. Less complicated than San Francisco, certainly warmer and seems to resonate with things that are familiar with me. Adobes have always been part of my life, when in San Jose, we work on the site of a historic old adobe, the Peralta, that was built in the late 1780s. The site is overseen by History San Jose. 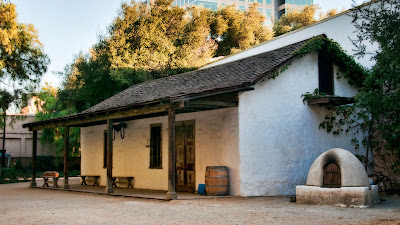 Itâ€™s also home to Adobe Software that is clearly a part of my everyday life. There in the midst of the digital world of Adobe and Hewlett Packard, there is a large Mexican American community, it was the home of Caesar Chavez to whom this yearâ€™s Festival was dedicated and one finds that fabulous â€œLow and Slowâ€ (Bajito y Suavecito) low rider culture that makes bold statement of color and art not commonly found in most peopleâ€™s worlds. 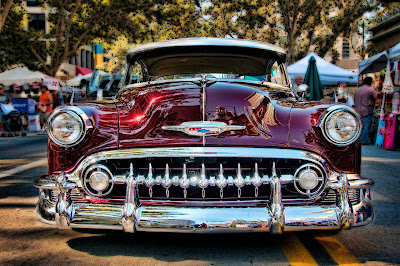 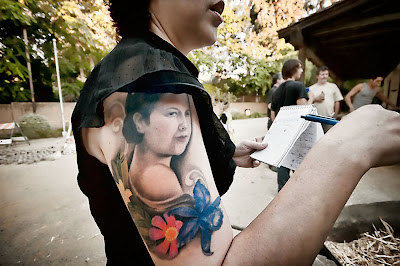 At the same time there are more than enough great places for food and coffee.

Mosaic Cafe at the Montgomery Hotel. 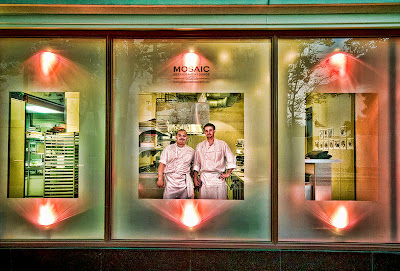 We are billed as the â€œGreen Workshopâ€ for the Festival, the idea being that we would do something green while tapping the historic roots of Mexican culture. Since our work involves as much clay as it does straw, I always think of our straw bale work as an â€œinsulated adobeâ€ â€“ a straw bale core covered on both sides with what you might call two thin adobe walls of clay plaster with lots of straw. In that sense, we are simultaneously modern and old, using materials that have long been a part of traditional building around the world to make something sustainable and totally green.

Our week in San Jose was one of long work-days, quick bites to eat and scurrying to listen to whatever music was happening. We literally hit the ground running with the gracious assistance of old friend Rich Mick who drove us around to acquire clay from the local ceramic outlet Clay Planet and miscellaneous building materials. Without any further description, here are a series of photos that communicate our daily activities.

Day 2 â€“ Leveling the site, building the block foundation. Our group of seven consisted of Athena and I, our three boys – Benito, Arjuna and Kalin and two girlfriends Alicia and Ariela. The entire time we were assisted by our friend Jim Furness of Furness Construction and friend Phil McGoohan. Greg Smestead, a descendent of the Peralta family, his wife Leticia and cousin Ron were there daily to assist with whatever we needed. 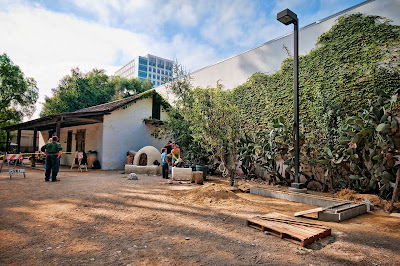 Day 3 â€“ With the foundation ready, our workshop with the public began by stacking the straw bale walls and our son Arjuna, aka Oso, began work on the wood structure. Plaster was also mixed this day to be applied the next. Photo of the little girl mixing below is Maya Smestead. 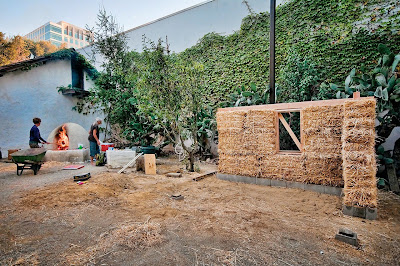 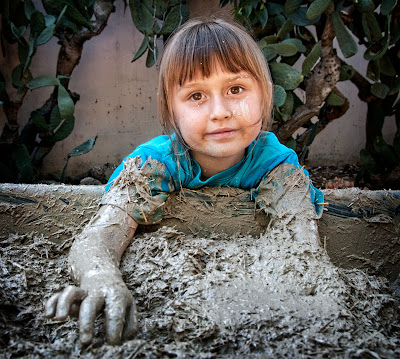 Day 4 â€“ The second day of our workshop we applied the rough coat of plaster which will more than hold until a finish is applied sometime in the future. 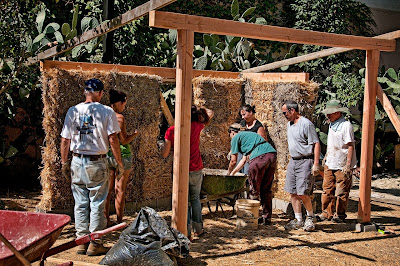 As the plastering happened, the front posts and beam along with the roof rafters were installed. 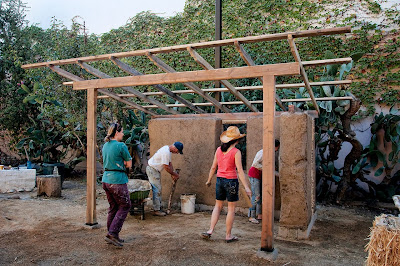 Once in a while we got lucky with a serenade, this time Michael Ronstadt and Ted Ramierez of The Santa Cruz River Band: www.santacruzriverband.com Our friend and Michael’s sister, Linda, joined to listen. 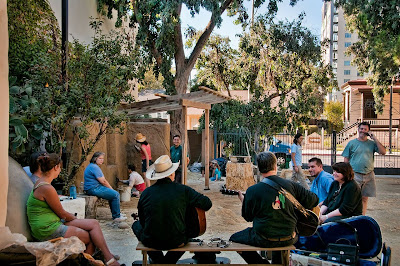 Day 5 – As always we end up working extra days, we spent the day after the workshop finishing the plaster, plastering the foundation blocks and coloring with ferrous sulfate and installing the corrugated metal roof. 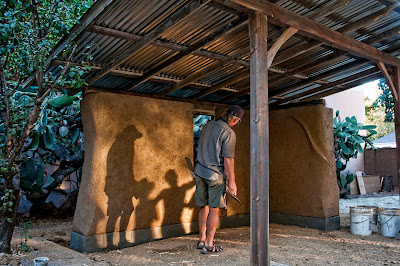 Athena with Alicia Chapman and our son Kalin. 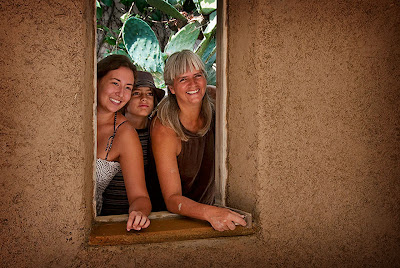 Truth window on the east wall displaying the straw bale walls through the plaster. 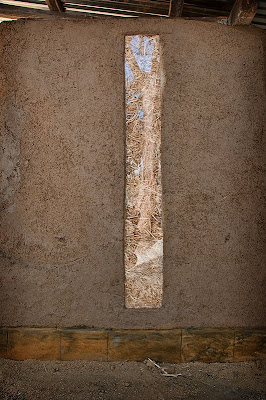 Day 6 â€“ Feria de Mariachi in downtown San Jose’s Caesar Chavez Plaza. Sunday of the Festival is composed of two music stages along with food and arts and crafts vendors. We had a booth where we built a small portable clay oven, selling it at the end of the day to a young local couple. A link to a very good slide show by Mercury News photographer Josie Lepe that depicts the events of the day can be found at: //www.mercurynews.com/search/ci_13433093

Sunday in the park with one of the music stages. 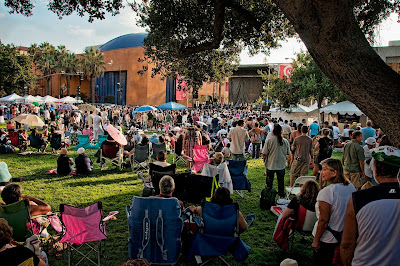 Our booth with Athena and Benito’s girlfriend Ariela doing a plaster carving on the side. 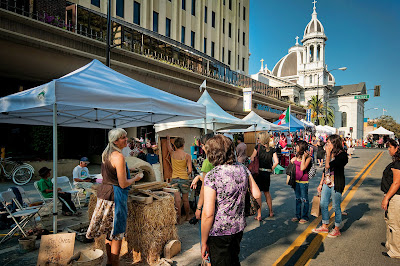 Athena came up with a unique/good idea this year to build the oven over a paper mache mold with very small bricks. It worked brilliantly. Photo by Josie Lepe of the Mercury News. 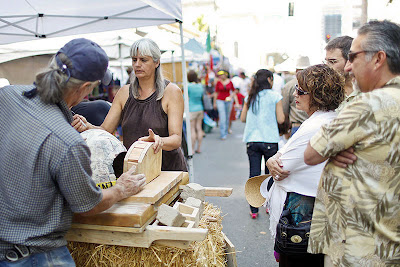 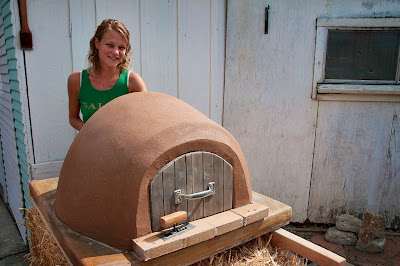 While we were involved with our project, the days and nights were filled with music and dance programs. We were able to attend three evening programs, the first being a concert with Joan Baez that was clearly a trip into the past that brought up memories of the days when she accompanied Caesar Chavez in his efforts to help the farm workers. I just noticed that she will be featured on PBSâ€™s American Masters Series this fall.

Saturday night is the main concert and typically results in an almost overwhelming display of color, dance and music. Linda Ronstadt, whose talents extend far beyond her voice, directs this marvelous event. It was so good visually that you almost didnâ€™t need the music. Well not really, but almost. The theme for this year was â€œMariachi Goes to the Moviesâ€ focusing on the golden age of Mexican cinema that falls approximately between the mid 1930s to the mid 1950s. All the performances were interspersed with film clips of notable Mexican films â€“ very fun. Rather than describe the night, this slide show by Mercury News photographer Josie Lepe conveys the spirit of the evening beautifully:

If the first two nights of concerts werenâ€™t enough, the week ended with one of those concerts to remember. Little known group Little Joe and La Familia opened the evening thoroughly rocking the house. And then came the magnificent Los Lobos and they were more than magnificent. They were nothing short of stupendous, captivating the crowd of the HP Pavillion into constant applause, gritos and whistling. Their set featured mostly Mexican music, but in a way only they can do it. Unquestionably they are one of the greatest rock and roll bands of all time. Hands down, they get the “Old Guys Rule” award for the Festival.

For the icing on the cake, Carlos Santana appeared for an all out jam session with the Lobos that had each musician displaying his best and finest guitar skills. 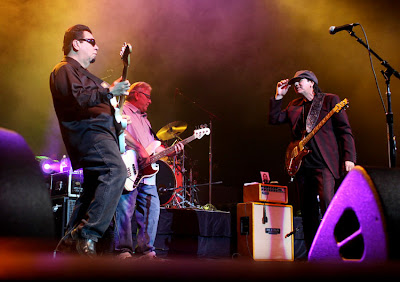 With Los Lobos transporting me back to summer evenings with my aunt Josephina in East L.A., our week in San Jose came to a close.